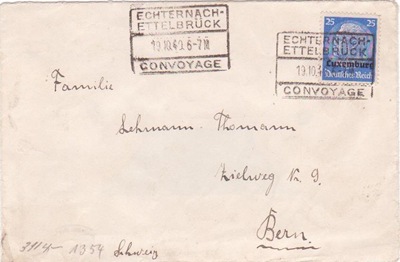 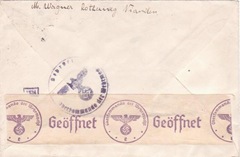 As of October 1, 1940, the Reich mandated use of the 16 Hindenburg Médaillon definitives surcharged ‘Luxemburg.’ And from that date forward, the Reich also began replacing Luxembourg’s
pre-occupation cancellers with Reich-style cancellers having German-language spellings for the town names. As this process was not completed for several months, an interesting collection can be put together of Luxembourg’s pre-occupation cancels used on or after October 1, 1940, on Hindenburg covers and loose stamps.

During this transitional period from October 1, 1940 into the early months of 1941, you can find many examples of continued use of the pre-occupation bridge cancels (FSPL Types T33 & T34). However other possibilities also exist. For example, when the occupation began, Clemency was still using its single circle canceller (FSPL Type 31). Similarly, villages which had never been issued a bridge canceller, such as Arsdorf, continued to use their Type 32 double circle cancellers. And, although seldom seen, the rectangular railroad cancels in use at the time of the occupation also were used for a short period after October 1, 1940, before being replaced by Reich-style oval railroad cancellers.

The cover at the top shows a sole use of the 25-Rpf. Hindenburg paying the postage on a very fine censored UPU-rate cover to Berne in neutral Switzerland, posted on October 19, 1940. What makes this cover even more compelling is the post-October 1, 1940 use of the pre-occupation Echternach-Ettelbruck railway cancel. Certainly this must be among the last uses of this cancel before it was replaced with a Reich-style oval railway canceller.  Additional examples appear below. 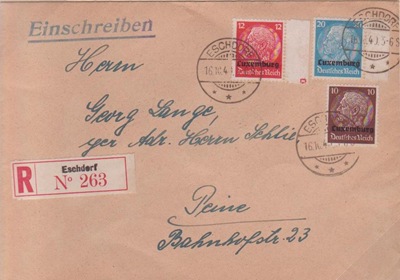 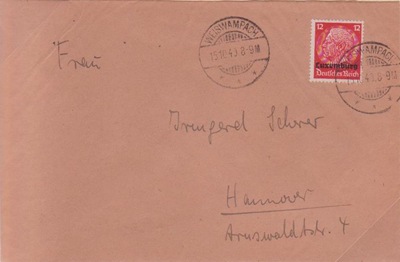 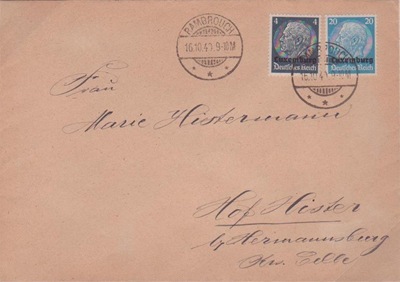 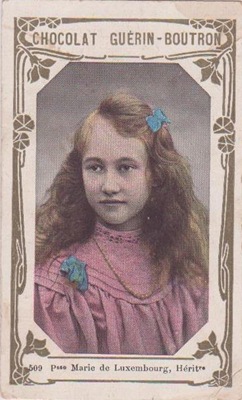 The Chocolat Guérin-Boutron company published this striking picture of the teenage Marie-Adélaïde with long flowing hair on one of its many delightful advertising cards.  And then on June 14,  1908 Luxembourg 'issued' these four poster stamps with a similar portrait of the future Grand Duchess.  Prifix somewhat cryptically refers to these as "précurseurs de caritas sans valeur d’affranchissement."

While they had no franking value, we find them adorning covers and cards, as shown below: 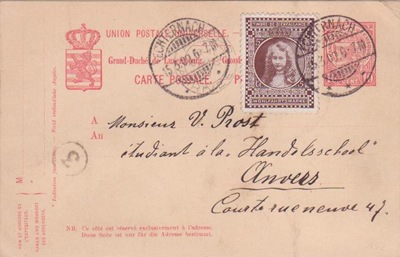 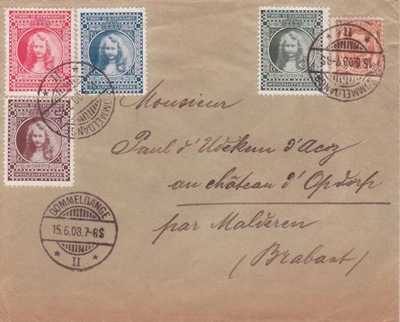 But, alas!  When the next Caritas precursors appeared in 1914  showing the six princesses (the 'Colonies de Vacances' set), Marie's long hair had been shorn.  (That's Marie second from the right.) 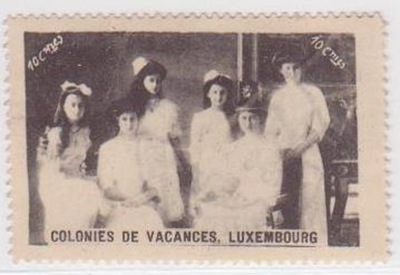 Posted by Arsdorf at 6:32 PM No comments:

German Censorship of Luxembourg mail before the May 10, 1940 Occupation 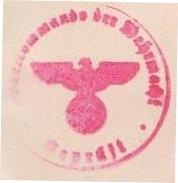 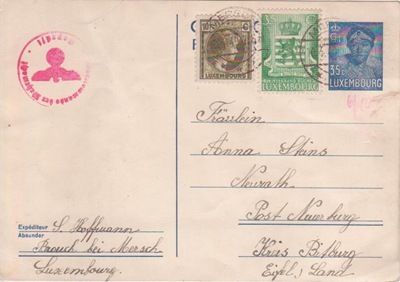 The Reich officially established its mail surveillance system by directive issued on April 2, 1940 and published on June 8, 1940.  As a consequence, incoming mail to the Reich from Luxembourg was already subject to censorship when the Grand Duchy was occupied on May 10, 1940.  Here is an example of such censorship during the twenty-day period between April 2nd and May10th.

Some writers state that German censorship began even earlier.  What is the earliest date that incoming mail to the Reich from Luxembourg was censored? 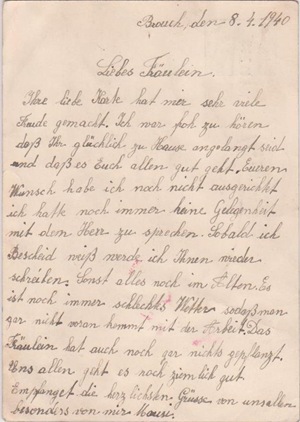 Posted by Arsdorf at 5:11 PM No comments:

Life before the advent of e-mail --- a 1961 visiting card penalized for including a handwritten message exceeding 5 words! 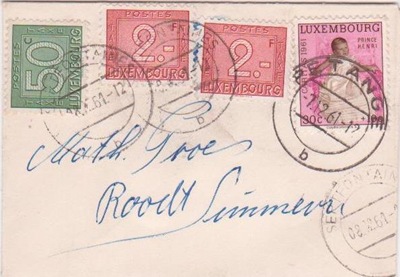 Visiting (or calling) cards were sent unsealed, often at the end of the year, in accordance with the prevailing social norms.   And in Luxembourg up until 1991, three different postal rates applied to these cards, depending on the whether (or how much) handwriting was included with the card.

When this visiting card was posted from Petange to Septfontanes [Simmern] on December 7, 1961, the rates were:

It appears that the sender paid only the 30c rate for a business card without a handwritten message, using the 30c+10c 1961 Caritas semi-postal as the sole franking.   The 4.50 F postage due charged the next day at Septfontaines suggests that the card contained a handwritten message exceeding five words.  Based on this assumption, the penalty would have been double the 2.20 F deficiency or 4.40 F (which amount was apparently rounded up to 4.50 F).

Let's be glad postal clerks are no longer inspecting visiting cards to count any handwritten words that the sender may have added to the printed card!

Posted by Arsdorf at 9:21 PM No comments:

Special Delivery to Monaco in 1955 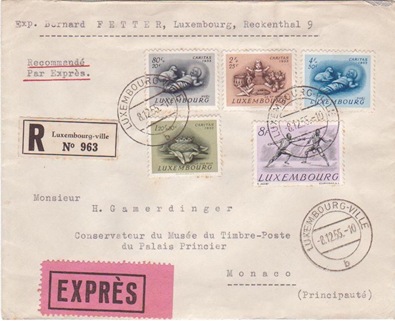 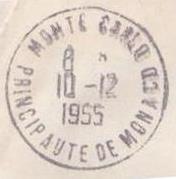 Posted by Arsdorf at 7:28 PM No comments: