Does anyone still collect blocks?

In the post-World War II era, mint blocks of three-cent commemoratives were widely collected in the United States. And even kids in my Minnesota village could afford to buy blocks of all the new issues given the government’s restrained issuance policy. In my birth year, for example, the United States issued only seven commemoratives--all in three-cent denominations. At the post office window, the total cost for the seven blocks was only 84 cents ($8.11 in today’s money, after you adjust for inflation).

Back then, we were impressed by a local banker who could afford to collect full sheets of these commemoratives. His investment was considerably greater than ours ($10.50, or $101.37 in today’s money).  But with the glut of new issues that the USPS churns out these days, that banker today would be collecting singles!

As an investment, these blocks of commemoratives paid no dividends, but at the end of the year I had a nice showing to display of what the government had released over the past 12 months.  Admittedly, I used them long ago for postage. But remembering the pleasure of collecting blocks back in the 1950s, I’ve started a collection of Luxembourg covers franked with blocks.

Here are a few recent and not so recent additions: 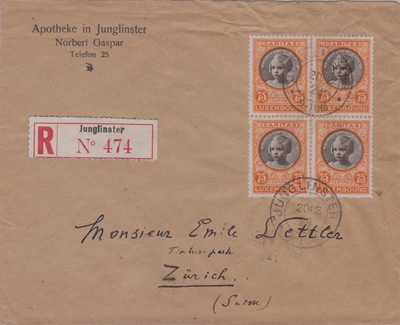 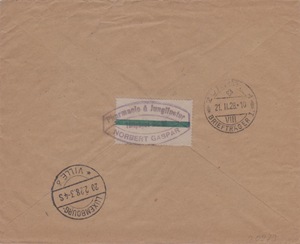 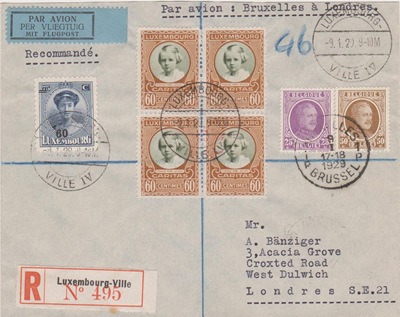 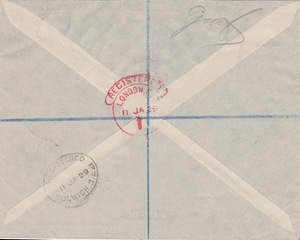 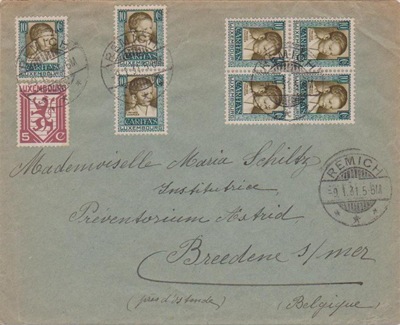 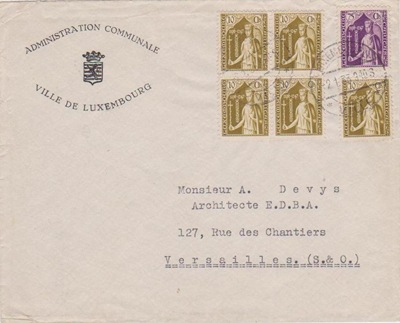 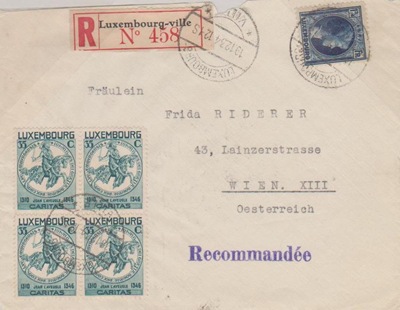 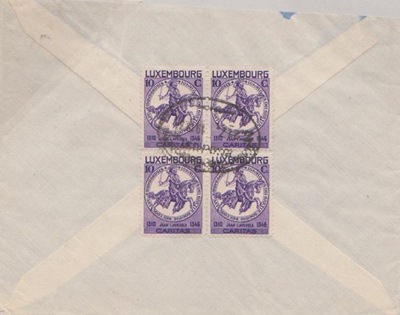 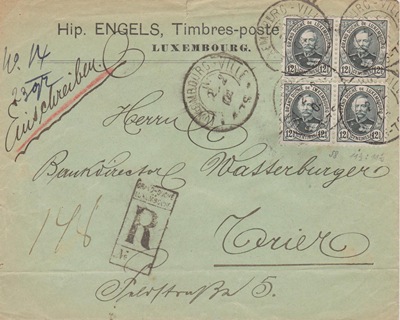 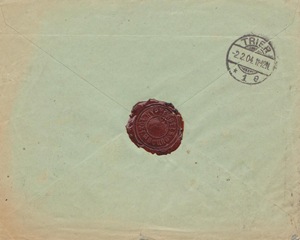 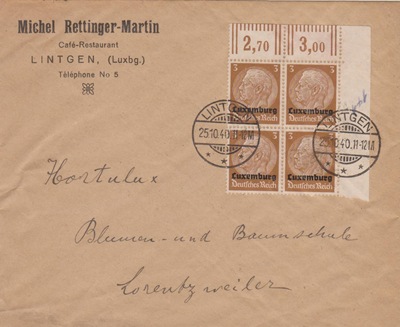 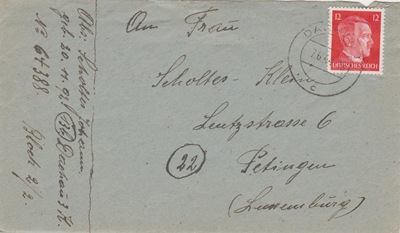 When I find a prisoner-of-war or concentration camp cover, I often wonder who the writer was and what happened to them.   One such cover is shown above.  It was sent from Dachau in June 1944 by Luxembourger Johann Scholtes of Pétange, who was born in Roeser on 20 November 1892.

The Dachau records indicate that Scholtes was transferred to Dachau on 26 February 1944 from the Hinzert concentration camp, where many members of the Luxembourg resistance were confined.  He was assigned No. 64388 and imprisoned in Block 2/2 3K.

The United States Army liberated the Dachau concentration camp on 29 April 1945.  Some 428 days after he had arrived, Johann Scholtes was one of the prisoners liberated on that day.  Presumably he was repatriated to Luxembourg, although I don’t know the rest of his story.

Here is his letter home, still contained in the cover, and bearing the Dachau camp postal censor’s cachet at the end: 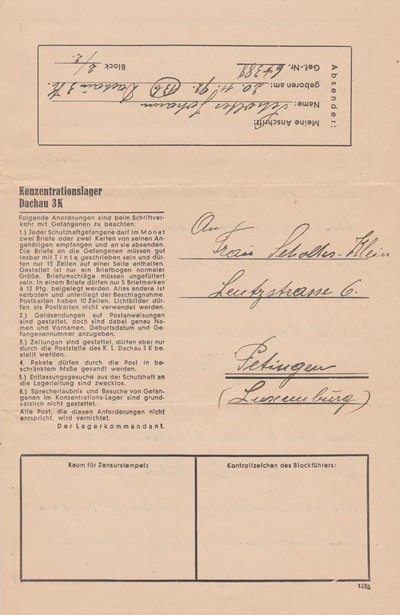 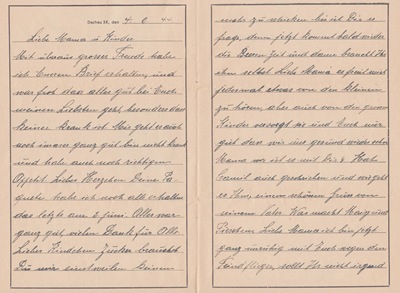 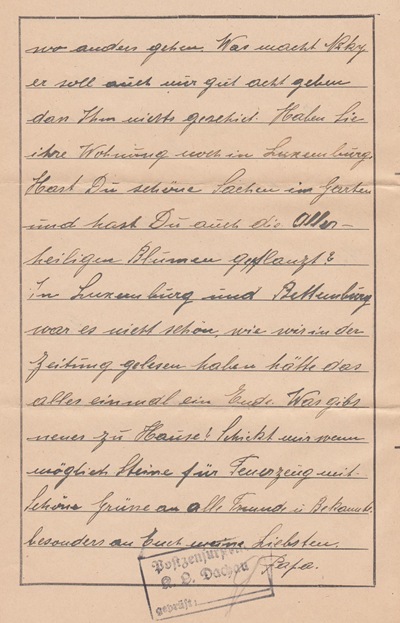 Posted by Arsdorf at 5:10 PM No comments: 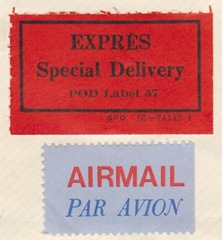 Covers with exotic contemporary uses are more difficult to find than in the past. Even common uses franked with definitives or commemoratives can be elusive as the use of electronic mail and social media, such as Facebook and Twitter, supplant personal and business mailings.  And today many companies shred their incoming commercial covers to comply with privacy laws and frank their outgoing mail with meter imprints.

Fortunately there still is a small number of collectors of modern postal history who actively search for and save what little of this scarce material that remains to be found.  If postal history collecting survives into the 22nd century, these covers will be the gems of the future.

Here are a few examples from my collection of incoming airmail to Luxembourg from the United States: 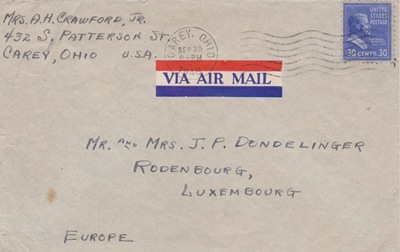 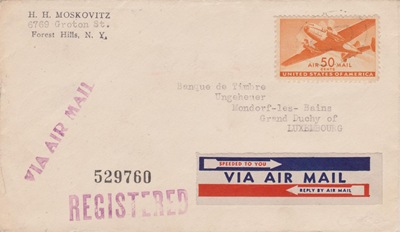 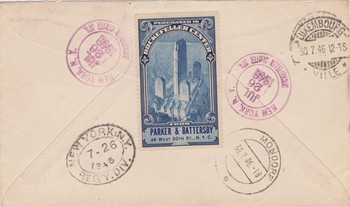 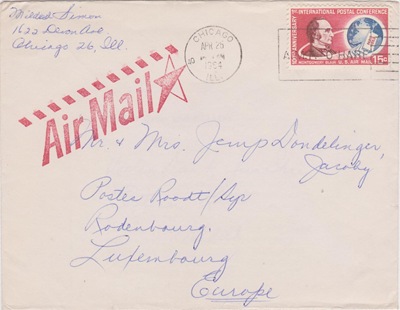 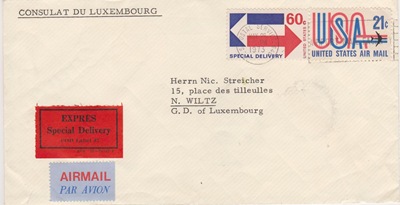 Kansas City, Missouri, 26 May 1973, to Neiderwiltz, Luxembourg, with backstamps of Luxembourg-Ville and Wiltz on 30 May 1973. 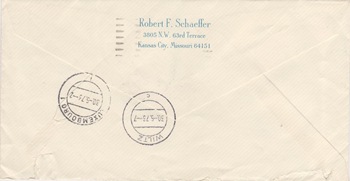 Unusual origins coupled with exotic destinations—that’s what adds gusto to a cover collection.  Here’s an example.

The one-franc Marie-Adélaïde definitive nicely pays the 50c UPU 20g letter rate and the 50c registry fee, both rates having taken effect on May 10, 1921.  The backstamps show transit through Galata in Istanbul on December 26th to Prinkipo, on the big island of Büyükada, the largest of the nine so-called Princes’ Islands in the Sea of Marmara, near Istanbul.

One can only wonder what the writer from Wiltz, who posted this letter from Boulaide during the winter of 1921-22, was telling his correspondent in Turkey, who might have been sunbathing that winter’s day on the Prinkipo beach.

Here’s an old postcard showing the beach near Prinkipo:

I seldom find a Marie-Adélaïde cover that I dislike (just ask the German dealers who visit Bangkok!), but this well-preserved gem is a very special addition to my collection of one-franc Marie-Adélaïde covers.  I’ll surely be thinking of it my next visit to the quaint villages around the Lake of the Upper Sûre.

Posted by Arsdorf at 2:03 PM No comments: