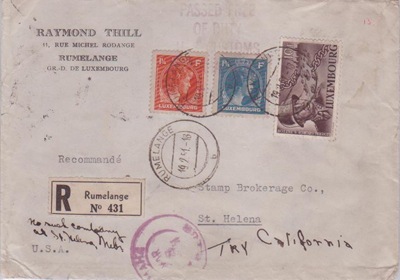 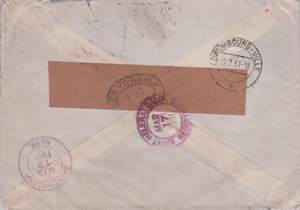 Raymond Thill of Rumelange, who we remember as the maker of many attractive first day and first flight covers, addressed this 13-franc cover posted February 19, 1951, to "Stamp Brokerage Co.,
St. Helena."  Initially, I thought: "Wow!  What a spectacular South Atlantic ocean destination. 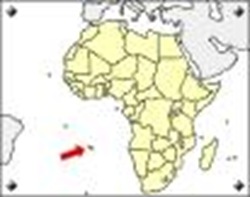 Upon closer inspection, I noticed "U.S.A." typed at the lower left corner of the cover.  Next to it was an Omaha, Nebraska receiving cancel dated March 8, 1951.  And above it was the manuscript notation: "No such company at St. Helena, Nebr." plus "Try California." 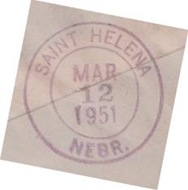 After having cleared customs at New York City and transited through Omaha on its journey to "St. Helena," the cover stopped at Saint Helena, Nebraska, in the United States heartland on March 12, 1951. 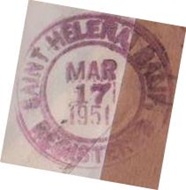 The cover is also remarkable for its franking.  The 10-franc General Patton commemorative is seldom seen on commercial mail.  Here it pays part of the 13-franc rate for a 40-60 g UPU surface letter (9 F) plus the 4-F UPU registry fee. 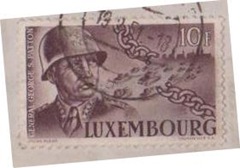 I'm pleased to have it on a commercial cover, even if that cover didn't go to St. Helena Island! 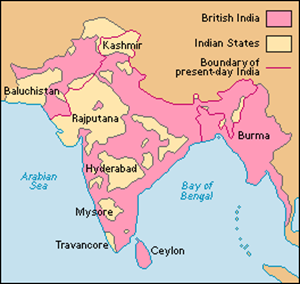 Formally the British Indian empire existed for ninety years -- from 1858–1947.  It consisted of large parts of most of the countries in South Asia.

British India was established in 1858 out of the East India Company lands as a colonial possession of the United Kingdom directly ruled by the British Crown. Indirect control was exercised over of the remaining princely states of Baluchistan, Hyderabad, Kashmir, Mysore, Rajputana, and Travancore.  The term British India also applied to parts of  Burma.

The earliest card seen here was sent to the 1890s Luxembourg stamp dealer J-G. Paquelet.  Two others are from the correspondence of Diekirch's Charles Schaack; the fourth is from present day Bangladesh, and the fifth from  correspondence of the Carmelite cloister in Luxembourg-Ville. 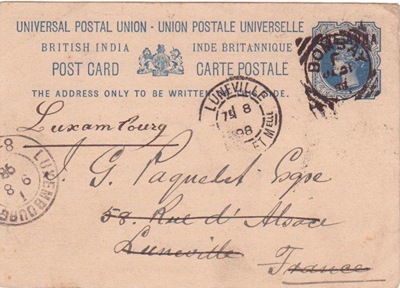 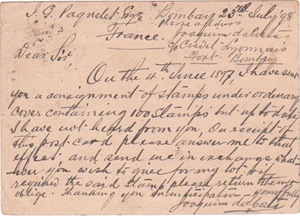 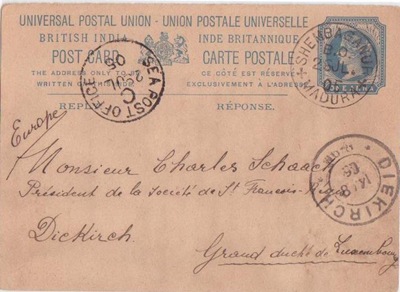 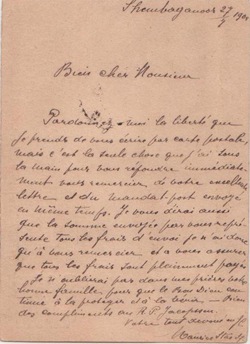 (uprated with a 1/2-anna definitive) 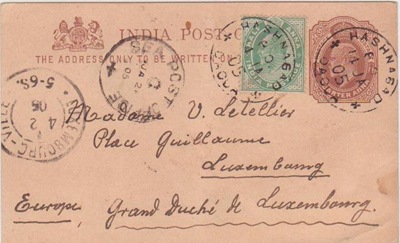 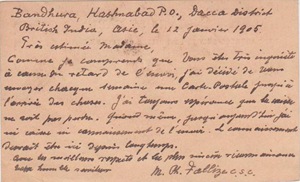 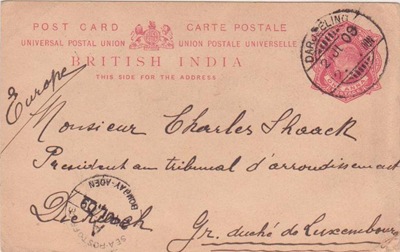 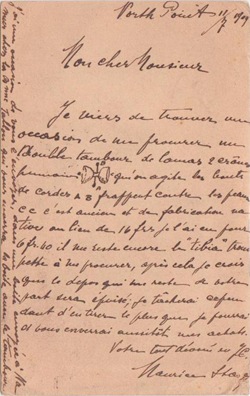 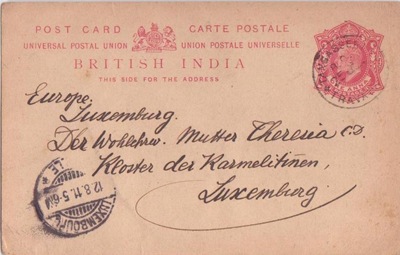 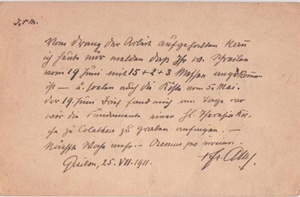 Posted by Arsdorf at 7:59 PM No comments: 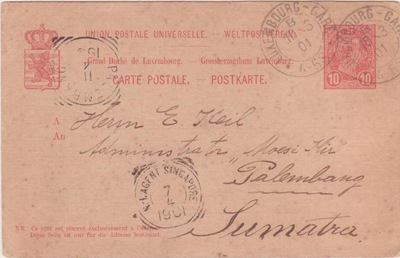 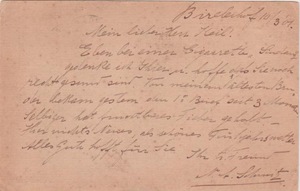 Palembang, a scarce destination in the then-Netherlands East Indies, is the capital city of South Sumatra Province of today's Indonesia.  It's the second largest city in Sumatra after Medan and the seventh largest city in Indonesia. 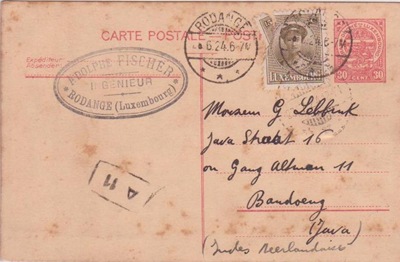 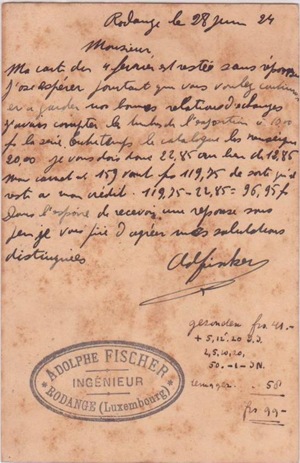 Bandung [Bandoeng], another scarce destination in the then-Netherlands Indies,  is the capital of today's West Java province of Indonesia.  Although badly foxed, this card from the philatelic correspondence of Rodange's Adolphe Fischer is nonetheless precious for those of us who appreciate the scarcity of
pre-World War II mail from Luxembourg to any Asian destination.

Posted by Arsdorf at 7:26 PM No comments: