Here are a couple recent examples: 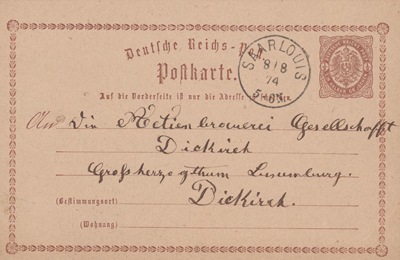 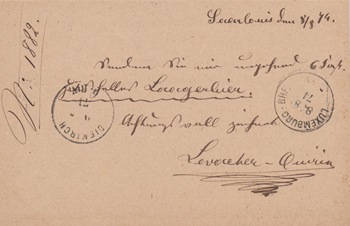 Incoming Postal Stationery from
the Gold Coast in 1905 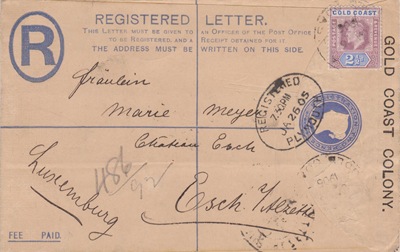 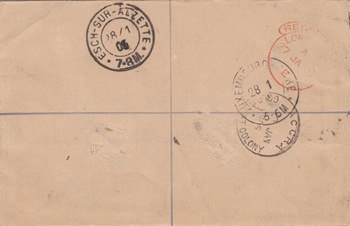 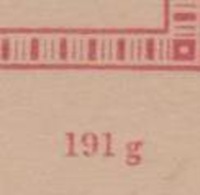 Or, if you are budget-minded, consider collecting German control-dated postal cards used to Luxembourg.  These can often be found for a few Euros on websites such as Delcampe or at bourses.

Michel’s Ganzsachen-Katalog Deutschland lists hundreds of these, ranging from Michel P 12a (1882) through P 48b (1900).  A collection of 50 would make a delightful showing.  Somebody should publish a checklist (maybe the German collectors have).

A multi-frame exhibit of incoming control-dateds might not appeal to stamp show judges whose prejudice for rarity over challenge often is all too evident, but unlike JPMorgan, you won’t suffer a two billion dollar trading loss collecting the control-dateds!

Here’s an example (the control is at the lower right): 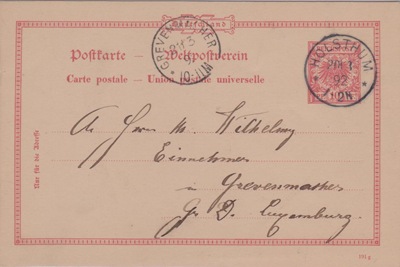 Posted by Arsdorf at 3:40 PM No comments: 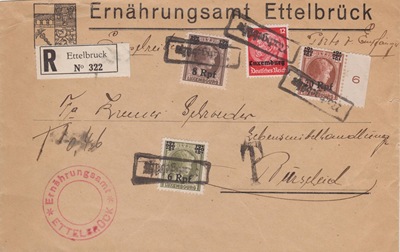 Domestic registered letter from Ettelbrück to Bourschied sent unfranked in late 1940 or early 1941 (based on the franking) by the Ettelbrück Nutrition Office with postage due of 46 Rpf. (12 Rpf. 20g letter + 30 Rpf. registry fee)

Who has all four varieties in their collection? 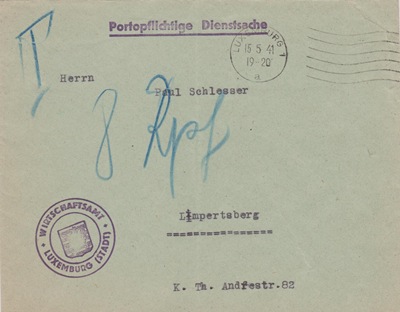 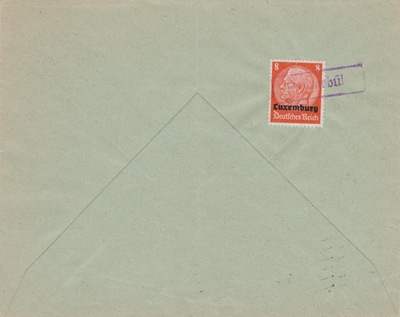 Local letter from the Luxembourg-Ville Wirtschaftsamt [Management] Office to the suburb of Limpertsberg, May 15, 1941, charged postage due of 8 Rpf. (the local letter rate), endorsed at the top Portopflichtige Dienstsache [recipient pays the postage as postage due]. 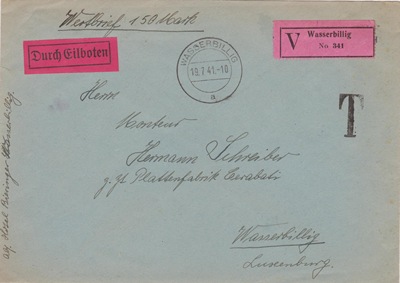 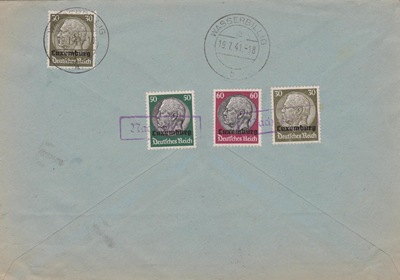 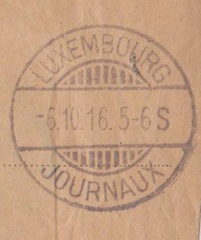 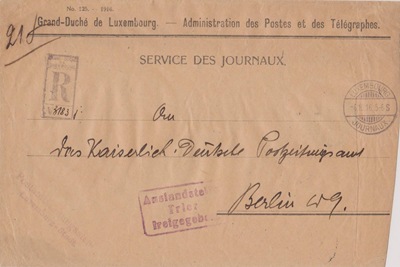 The FSPL cancel catalog erroneously lists the initial date of use of this cancel as 12 July 1940.

Curiously, the only example I’ve found on a loose stamp is on the 1920 30c/25c surcharged postage due stamp (Prifix 9).

Posted by Arsdorf at 4:15 PM No comments: