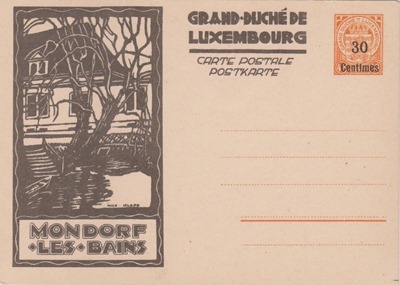 40-centime card surcharged to 30 Centimes
(one of nine views)

The 40-centime card was issued on 15 April 1927 to pay the treaty rates to France and Germany. But with (or in anticipation of) the increase in those rates from 40c to 60c on 15 December 1927, a small quantity of the soon-to-be or now already obsolete 40-centime cards was surcharged, sometime during December, to 30 centimes for use to pay the 30c domestic rate and the 30c treaty rate to Belgium. But also on 15 December 1927, those two 30c rates were increased to 35c!

So then the remaining 40c card stock was surcharged to 35 centimes, probably late in December 1927.  27 December 1927 is my earliest use of the 35c/40c card (shown below at the bottom).  The Luxembourg Handbook incorrectly lists the earliest date as “1928.”

Here’s a  23 December 1927 use posted from Wecker by the controversial  Berbourg stamp dealer, N. Wagner.  His message to the esteemed postal stationery enthusiast,      P. W. Broekman in Amsterdam, mentions that he has three (new) surcharged cards.  Take a look! 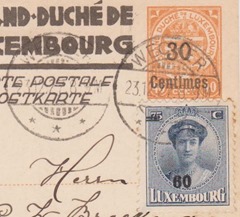 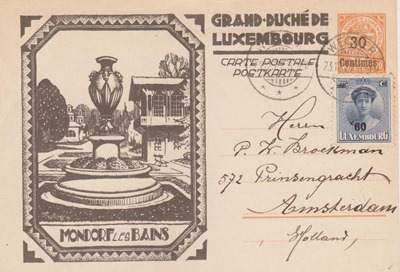 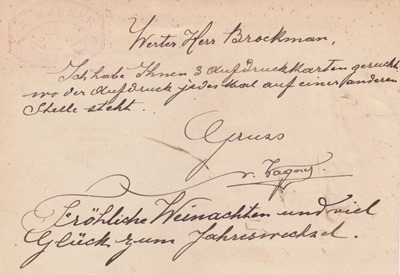 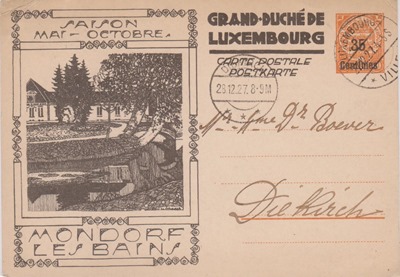 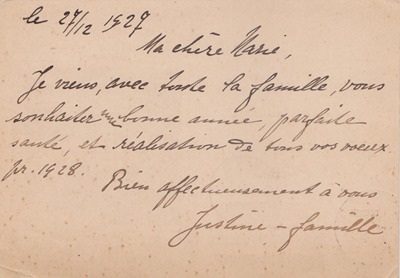 Posted by Arsdorf at 1:14 PM No comments: 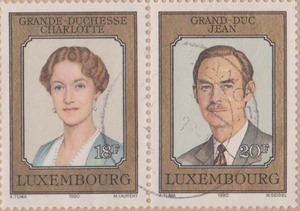 The reign of Charlotte, Grand Duchess of Luxembourg, began in 1919, when her older sister, Grand Duchess Marie Adélaïde, abdicated. She continued to reign until her own abdication in 1964 in favor of her son Jean. 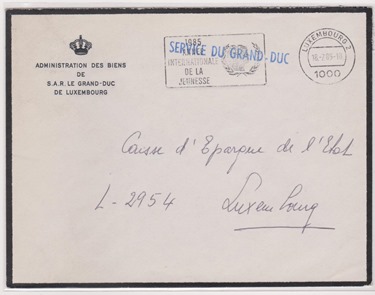 Grand Duke Jean, who recently celebrated his 95th birthday, abdicated in 2000 in favor of his own son Henri.  His gala birthday party was attended by many of Europe’s royals and featured the Luxembourg Philharmonic orchestra singing happy birthday.

Modern mourning covers from Luxembourg are uncommon, but at least among the Grand Ducal royalty in 1985, the tradition of edging envelopes in black during a period of mourning continued. I’m quite pleased to have added this modern cover to my collection.