Proofs of the 1927 Mondorf-les-Bains Postal Viewcards 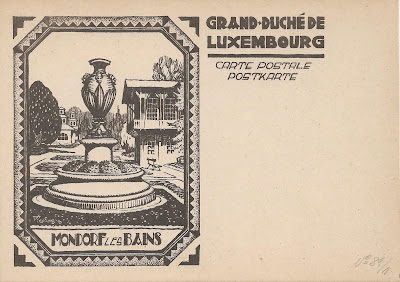 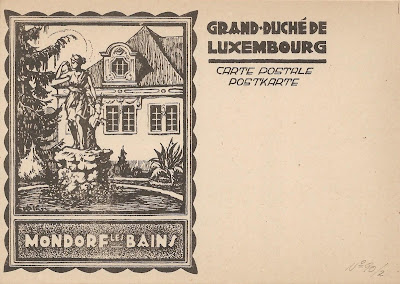 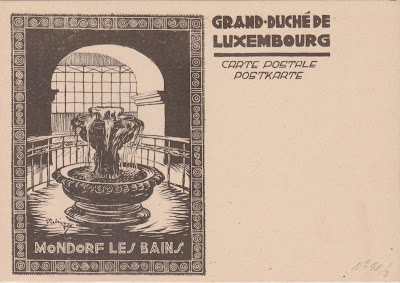 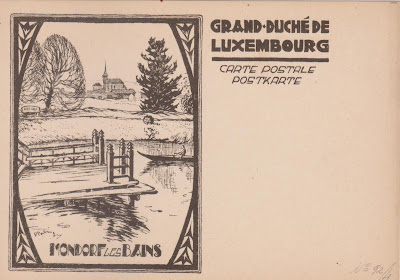 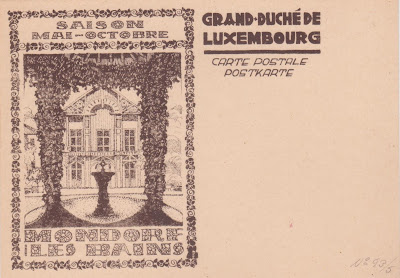 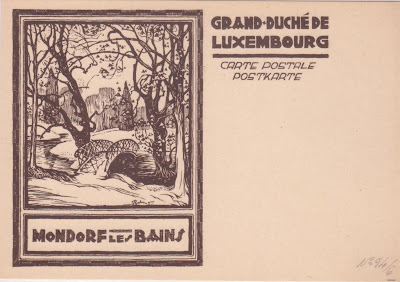 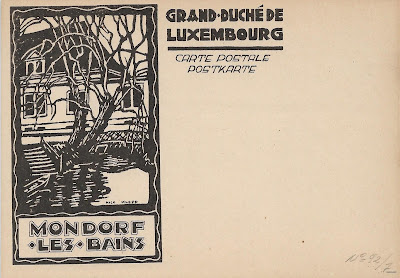 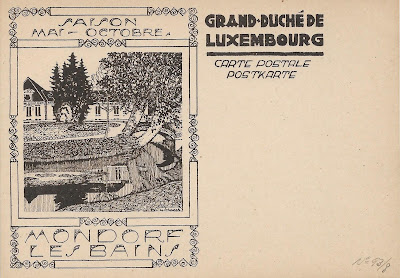 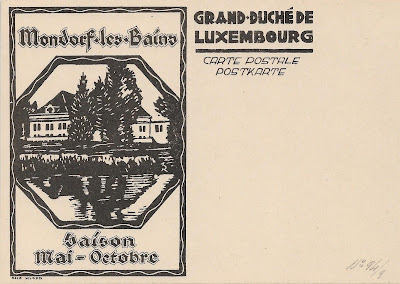 The artistic beauty of these designs is evident, surpassing that of subsequent viewcard issues!

Posted by Arsdorf at 4:46 PM No comments:

Unusual domestic use of the 90c Mondorf UPU-rate Postal Viewcard! 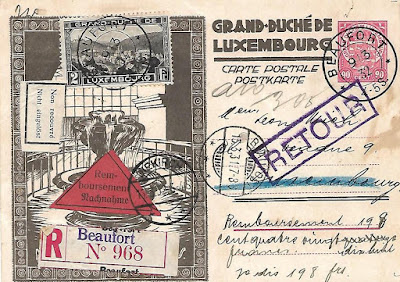 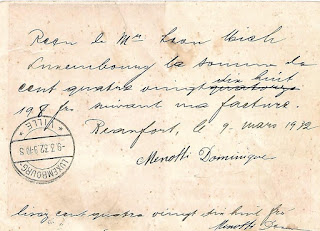 Posted by Arsdorf at 4:48 PM No comments: 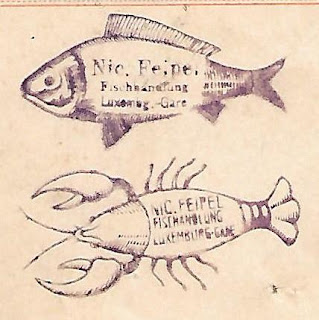 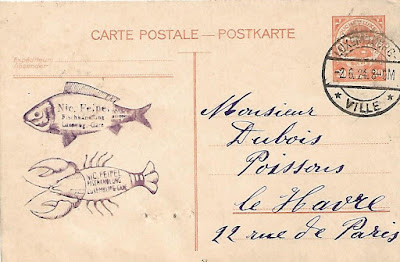 The imaginative chops and cachets found on postal cards provide an entertaining sideline for the specialist.  Nic. Feipel's fish and crayfish chops (both seen on the card above) are among my favorites!

Posted by Arsdorf at 2:27 PM No comments:

Sole domestic use of the 20c Arms Postal Card in 1926—A Scarce, Overlooked Rate 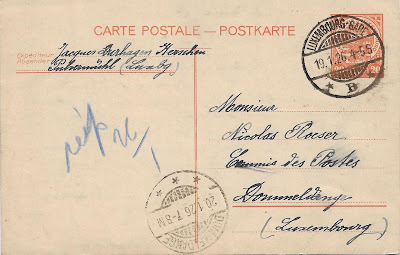 
Luxembourg issued a 20-centime orange Coat of Arms postal card on June 1, 1921, as the postal card rate to Belgium, France, and Germany had been increased to 20 centimes in May 1921. This postal card remained valid until 30 June 1928 (Prifix 70—Hdbk 72). And the 20-centime rate to Belgium continued in effect until August 1, 1926, and to France and Germany until October 1, 1925. Thus, sole uses to the three neighboring countries are not too difficult to find.

Often overlooked, however, is that the domestic postal card rate was also increased to 20 centimes, as of January 1, 1926.  This domestic rate remained in effect for only 7 months—until August 1, 1926.  Consequently, sole domestic uses during this 212-day period are difficult to find.  Shown above is the only example in my collection. 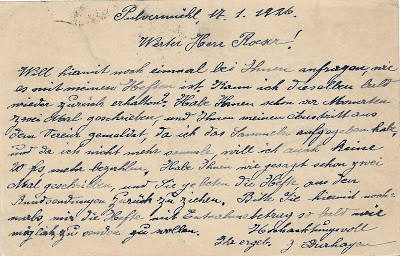 Posted by Arsdorf at 2:13 PM No comments: