Private cachets (or “chops”) are enjoyable, collectible, and fit nicely into my beyond-the-back-of-the-book albums. Think of the pleasure you’ll have finding chops while others pay inflated auction-house prices for often not-so-rare material.  You could specialize in one or a few professions or industries.  Take a look at this list for ideas:  http://www.industrie.lu/

Here’s a new addition from Arsdorf, the village of my maternal ancestors: 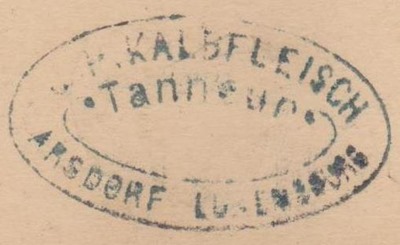 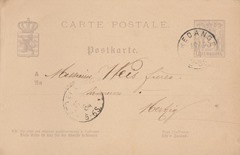 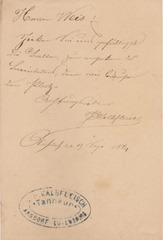 Posted by Arsdorf at 9:56 AM No comments:

Collectors of Luxembourg postal history encounter a wide range of commercial correspondence from and to the Grand Duchy’s famous rose growers—in particular, Gemen & Bourg, Soupert & Notting, and Ketten Frères. Beginning in the mid-1800s, these firms produced a fine range of promotional postcards, advertising envelopes and other ephemera. 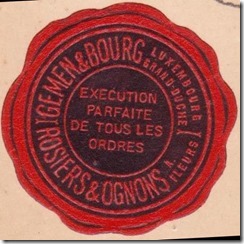 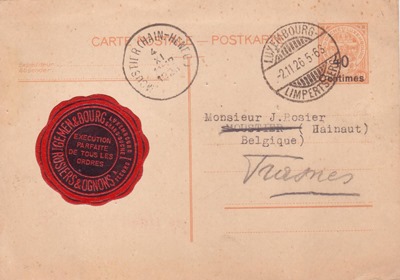 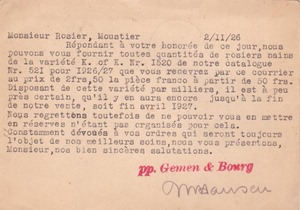 Used 349 days earlier than the 17 Oct 1927 frühdatum
in the Luxembourg Handbook.


According to tradition, it was in 1888 that Charles Gemen and his brother-in-law, Melchior Bourg, established Gemen & Bourg in Luxembourg-Limpertsberg. In his research, Raymond Weiller uncovered catalogs dating from at least one year before this that would indicate that Charles Gemen had been in the nursery business before 1888. Melchior was married to Charles' sister, Marie Françoise. He retired in 1896, but the firm continued to be known as Gemen & Bourg.

The nursery comprised about 35 hectares (approximately 76 acres) which made Gemen & Bourg the largest firm of its kind in Luxembourg and one of the most important in Europe. It became known as the largest exporter of roses in the world. Annually, from 1900 to 1914, Gemen & Bourg produced and sold from 2 to 3 million roses. In reality, the number of roses they exported exceeded that number because the firm purchased additional plants from smaller firms.

Unlike Soupert & Notting, Gemen & Bourg were primarily rose-growers and introduced only five of their own hybridized varieties. Among these was a light orange climber called 'Manette Gemen'.

In the Autumn 1887/Spring 1888 catalogue, Charles Gemen presented himself as a horticulturalist-nurseryman. His catalogue listed over 500 roses, 58 fruit trees, other trees of various types and strawberries. The price of the roses varied from 55 centimes (half a franc) to 1,25 francs with the majority of plants being sold for for 60 to 65 centimes. New varieties from 1884 to 1886 were offered at even higher prices which could reach 1.75 francs. There was one exception to this and that was the rose, 'Souvenir de Victor Hugo', a large-flowered Tea rose with blossoms that are a dazzling China pink with yellow centers. This was the most expensive rose in the catalogue at 2 francs! Writer Victor Hugo had passed away in the year before this rose was introduced.

Charles Gemen finally referred to himself as a rosériste for the first time in the 1890-1891 catalogue. By this time, the firm offered 534 varieties of roses. Two years later, this number had more than doubled to over 1,146. Almost thirty years later, and in addition to 2,490 varieties of roses and a considerable number of other flowers, the catalogue from 1926 offered selected seeds of choice and diverse exclusive specialties: seeds for the vegetable garden, seeds of medicinal plants, flower seeds, etc.

Unfortunately, as it happened with Soupert & Notting and other firms, World War II saw the end of Gemen & Bourg. 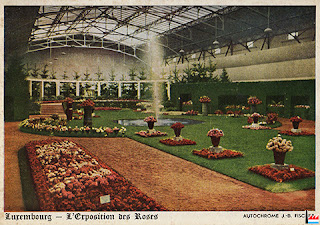 Posted by Arsdorf at 3:46 PM No comments: 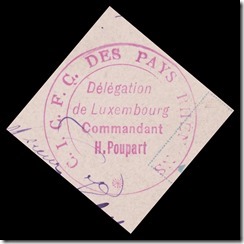 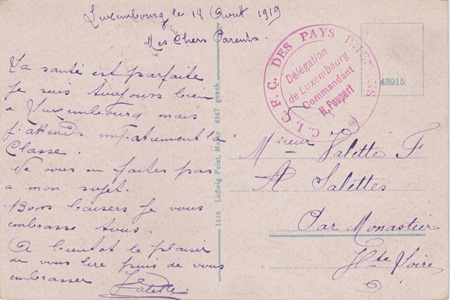 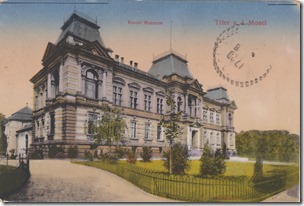 The CICFC free frank shown here is on a picture postcard of the Kunst Museum at Trier. The card is dated “Luxembourg le 18 Aout 1919” and addressed to Salettes par Monastier in the Loire. The purple double-ring free frank reads:

A similar free frank (shown below) was used by the Cologne commission: 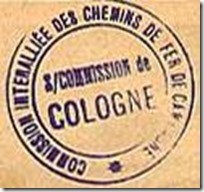 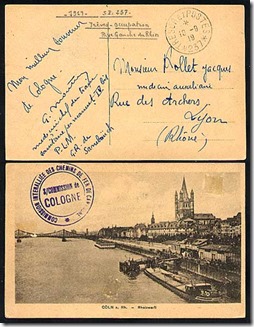 Posted by Arsdorf at 6:23 AM No comments: 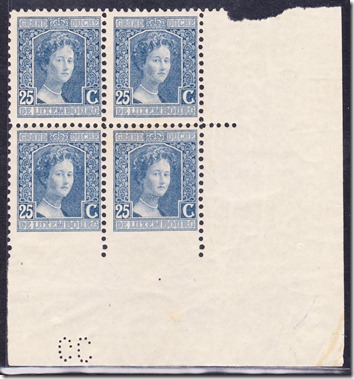 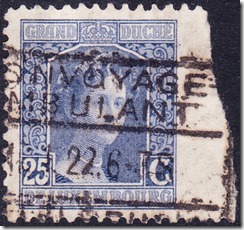 Posted by Arsdorf at 1:29 PM No comments: 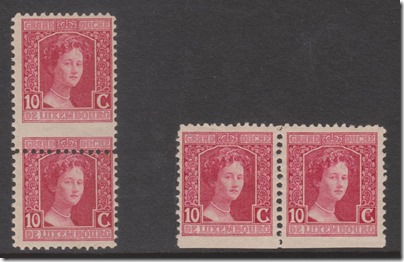 Beware!  What may be offered as imperforate at the bottom may just be a misperforation, as shown above.  Better to acquire a full margin copy.

Here is the result of misperforating the top row—the stamps are truncated at the top. 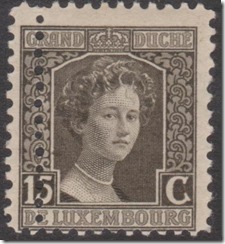 Two perforation rows on the left side.

Posted by Arsdorf at 4:56 PM No comments: 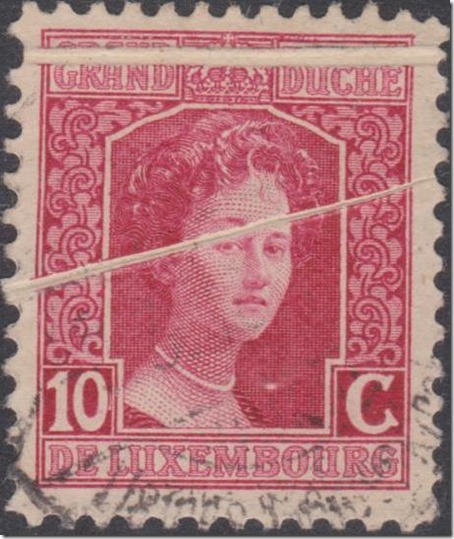 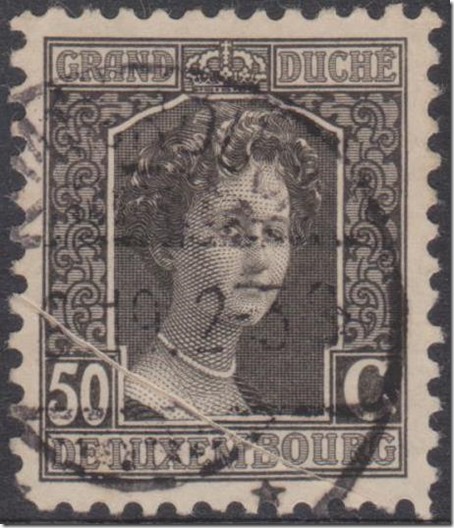 Posted by Arsdorf at 1:39 PM No comments: