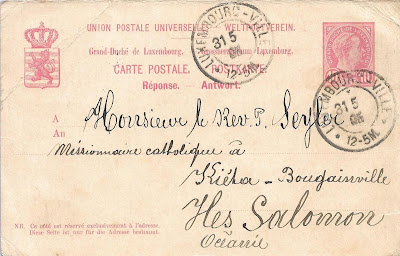 Reverse use of the 10c Adolphe Reply Half Postal Card 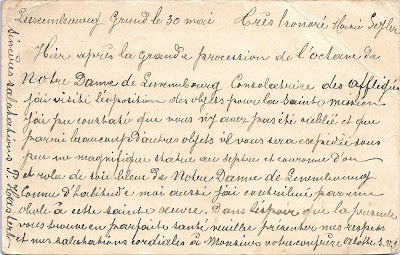 For the postal stationery collector, destinations in Oceania are among the most challenging.  This card was sent by P. Hastert to the Rev. P. Seyler, a Marist missionary in Kieta, a port town on the Eastern coast of Bougainville Island.  The writer describes the year's Octave Procession at the Luxembourg Cathedral.

The Marists established a mission at Kieta in 1901, becoming the first permanent European residents of Bougainville Island.  By 1903 the mission was reported to be thriving.  And by 1905, a station and post office had been built. 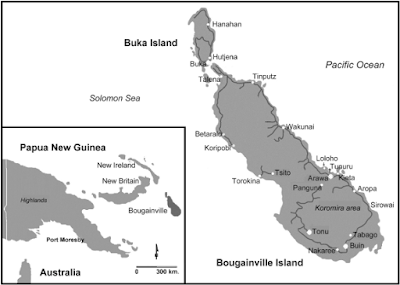 Posted by Arsdorf at 4:03 PM No comments: