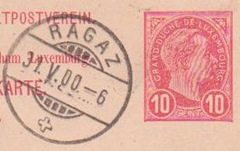 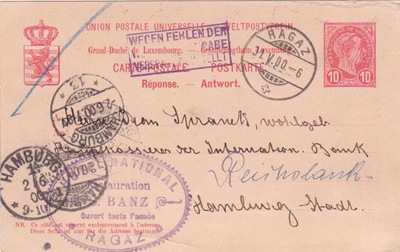 In my collection of Grand Duke Adolphe postal stationery is this curiosity -- the 10c reply card from the first G.D. Adolphe message-reply card issue used from the resort town of Ragaz, Switzerland, to Hamburg, Germany, May 31, 1900.   The oval chop is that of the Hotel National Restauration S. Banz in Ragaz.  There are three June 2nd Hamburg receiving cancels.

Of course under UPU regulations, the 10c Luxembourg stamp imprint was only valid for return postage to Luxembourg, but the card was not taxed.  The poorly struck rectangular auxiliary mark seems to concern finding the delivery address in Hamburg, although I'm unsure of its significance.  Comments? 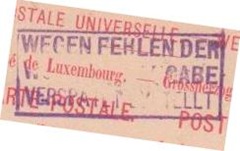 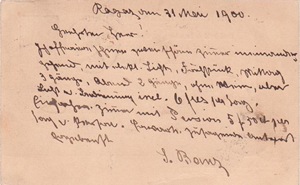 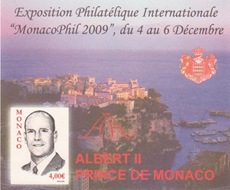 After posting the unusual use of the 10c Luxembourg reply card shown above, I discovered the card shown below in the bourse of the fine Exposition Philatélique Internationale 'MonacoPhil 2009,' held in the Principality from December 4th to 6th.

The 5c Luxembourg reply card was posted from Leipzig, Germany, May 26, 1904, to Trier, Germany (just a few kilometers from the Luxembourg border), where it was received the next day.  No penalty was charged for use within Germany, perhaps because the Luxembourg-German treaty rate in 1904 was five centimes.

I would like to find a citation to the UPU rule that provided that reply cards could only be returned to their country of origin.  Who can help?  Even better would be an example taxed for return to a country other than that of origin.  But would the rule even apply to cards used in a country that had a treaty rate with the country of origin?  Here the blue underscoring of 'Réponse. - Antwort' and the stamp in blue crayon suggests that the German postal clerk was aware of and accepted the use of the Luxembourg reply card within Germany. 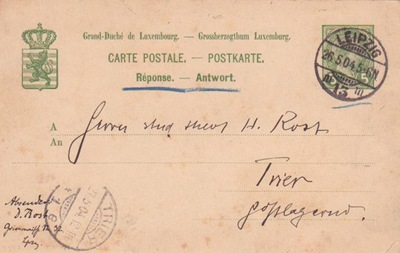 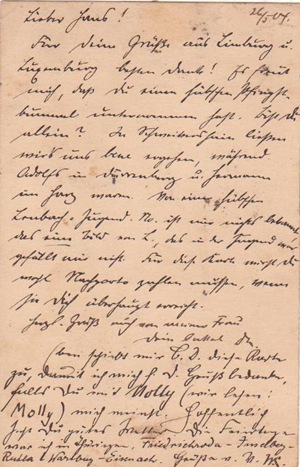 Posted by Arsdorf at 4:25 PM No comments: 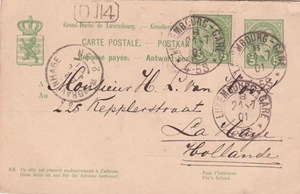 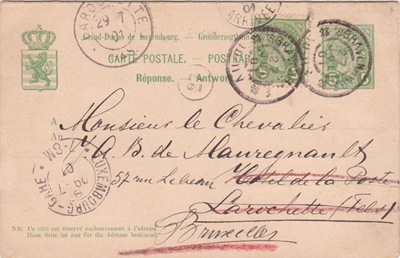 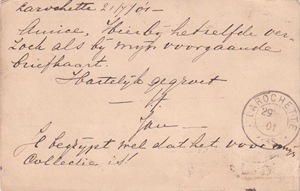 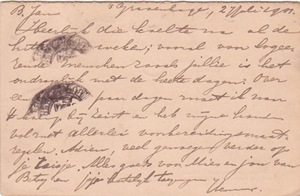 Posted by Arsdorf at 3:23 PM No comments:

Wiltz to the Zuid Afrikaansche Republiek in 1896 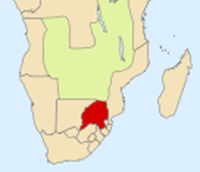 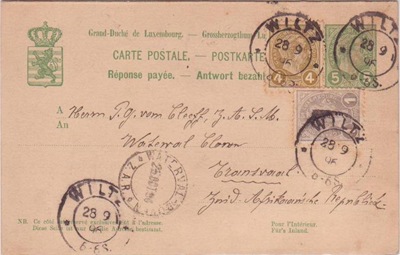 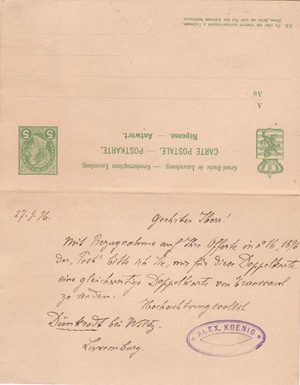 Posted by Arsdorf at 2:42 PM No comments: 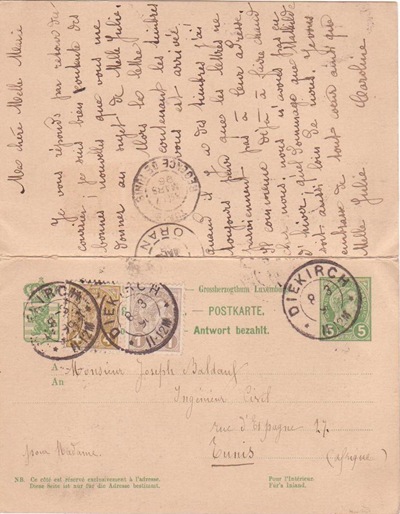 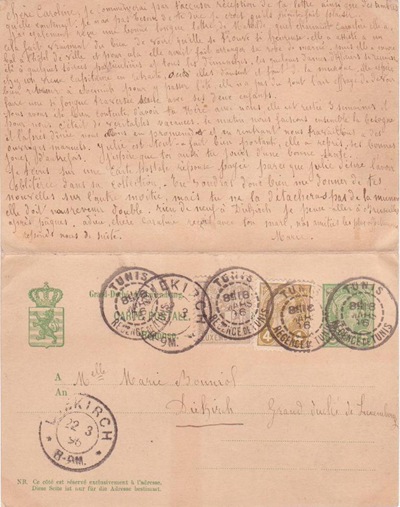 A very rare unsevered pair used to and from Tunisia!

Posted by Arsdorf at 7:20 PM No comments:

An unusual mixed franking in 1886

The last of the twelve 19th century Coat of Arms postal card issues appeared in 1880.  They were the first cards to be mass produced and were done by Enschedé in Holland.  By 1882, they had sold out and were replaced by Enschedé's printing of the first Allegory cards.

Thus, its very unusual to see this five-centime 1880 Coat of Arms postal card used in 1886, uprated with a partially decapitated five-centime Allegory definitive. 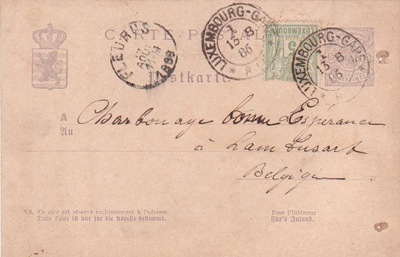 Luxembourg-Gare, August 13, 1886, to Lambusart (part of Fleurus), Belgium, in the Charleroi District of Hainaut province, with the Fleurus receiver, August 14th, seen on the front.

Posted by Arsdorf at 3:46 PM No comments:

Exprès to the Château de Roth ‘par Vianden’ in 1902 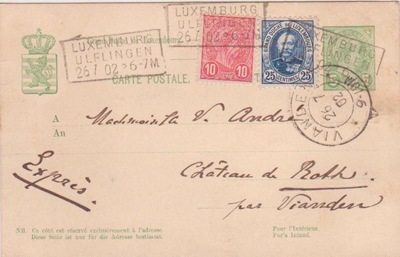 Among my favorite uses of the five-centime first Grand Duke Adolphe postal stationery issue is this fine example sent by special delivery (Exprès) and routed 'par Vianden' to the Château de Roth, located a couple kilometers south of Vianden on the German side of the Our River across from Bettel.

Posted on the Luxemburg-Ulflingen TPO early in the morning on July 26, 1902, it transits Vianden at 9-10 a.m. [large double circle date stamp].  The 10c and 25c Adolphe definitives uprate the 5c postal card to 40c to pay the 30c special delivery fee and the 10c postcard rate to Germany.

Who says postal stationery is boring? 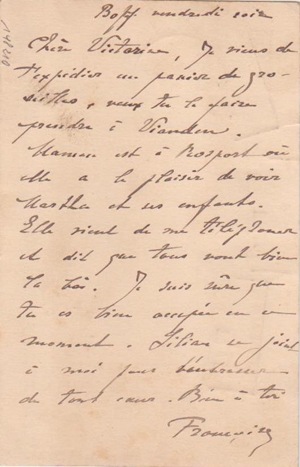 Posted by Arsdorf at 6:52 PM No comments: 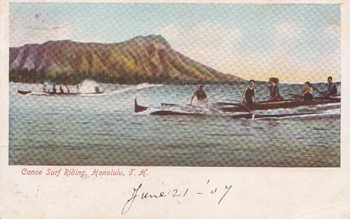 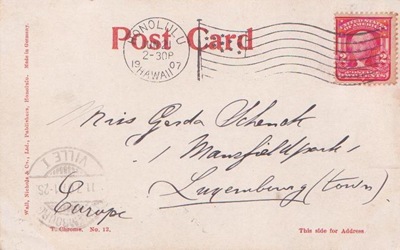 An early color chrome postcard printed in Germany with undivided back, published by Wall, Nichols & Co., Ltd., Honolulu as their No. 12, featuring 'Canoe Surf Riding, Honolulu, T. H.,' (note the female passenger in the canoe in the forefront holding on to her hat!).

The card is dated and was posted from Honolulu, June 21, 1907 [flag cancel], to Luxembourg-Ville, received July 11, 1907, properly franked with the 2c Washington shield definitive.  In the background you see a very unspoiled Diamond Head with pine trees lining the beach.  Those were the days! 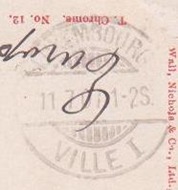 Posted by Arsdorf at 4:56 PM No comments: 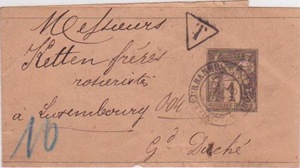 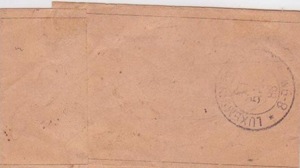 The deficiency was (apparently) doubled and rounded up to ten centimes ['10' blue crayon].  Backstamped Luxembourg, October 5, 1886. 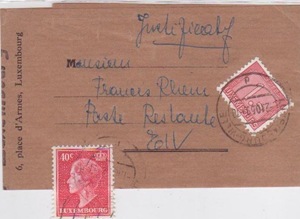 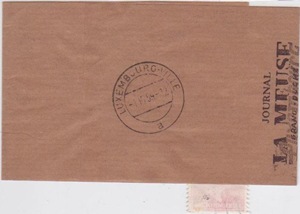 Unlike letters, the early wrapper mail was usually not backstamped. 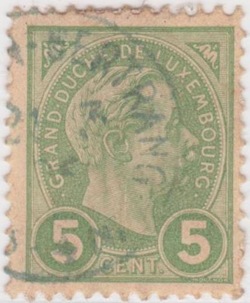 Rare cancels can still be found in mundane places, not just in major auctions.  And this green Strassen-Bertrange single circle cancel is proof that rare cancels still lurk on old printed album pages.  It appeared recently on eBay amidst two pages of mostly damaged, repaired, forged, or otherwise worthless 19th century stamps.  I was glad to add it to my Type 31 single-circle cancel collection as the page reserved for Strassen-Bertrange was empty despite many years of searching!

The FSPL cancel catalog indicates that this cancel was used from 1878 to April 1906, and that it is known in green, blue and black.  I'd sure like to find it on cover!  Got any duplicates to trade for other rarities? 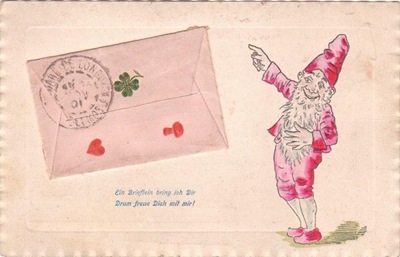 Here is a delightful Swiss UPU formula postcard with a miniature envelope affixed to the message side, replete with a heart, four-leaf clover, mushroom, and an elf announcing: 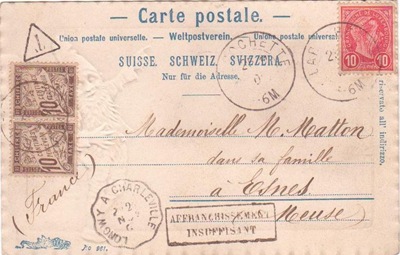 The 'postcard' was posted at Larochette in the Grand Duchy, November 25, 1901, to Esnes (Meuse) in the French Lorraine near Verdun, with a 10c Adolphe definitive paying the ten-centime UPU postcard rate.  But because the card carried the Lilliputian envelope and its contents, it was not accepted at the UPU postcard rate.

In Luxembourg or, more likely, in transit on the Longwy a Charleville Railway Post Office a tax mark [‘T’ in a triangle] and a rectangular boxed ‘Affranchissement Insuffisant’ auxiliary mark were applied.

The miniature envelope itself bears the Gare de Longwy [?] backstamp of November 26th!  And on the address side, a pair of
10-centime French postage due labels postmarked Esnes, Meuse, November 26th, documents payment of the tax.

But how was the penalty calculated? The UPU 15-g letter rate was 25c. Doubling the 15c deficiency would result in a tax of 30c. Perhaps the 10c paid by the sender was deducted from the 30c figure? Suggestions?

Oh, and here’s the letter that was in the little envelope!

Posted by Arsdorf at 7:17 PM No comments: