Mourning Cover from Diekirch in 1916 to Violin Virtuosa Alma Moodie 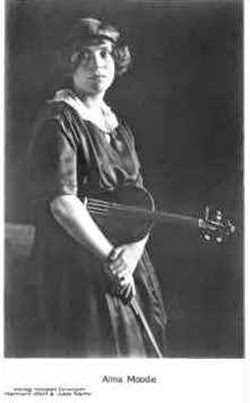 Alma Templeton Moodie, born in Queensland, Australia, in 1898, was a child prodigy who became the foremost female violinist of the inter-war years. At age 9, she left Australia to study at the Brussels conservatory. She remained in Europe until her untimely death in 1943.

In studying the mourning cover below, which was sent to Holland, I noticed that the addressee’s name did not sound German or Dutch. And after web research, I realized why—the recipient was the then eighteen-year-old Alma Moodie! 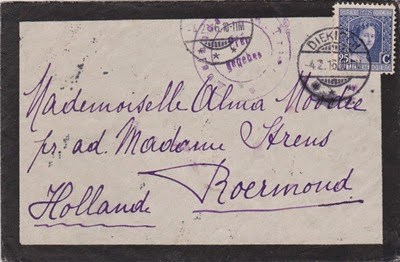 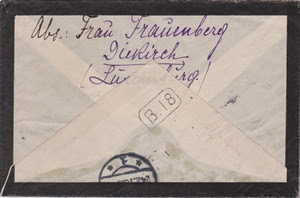 Kay Dreyfus, the author of a recent biography of Moodie entitled Bluebeard’s Bride: Alma Moodie, Violinist (2013), writes in response to my inquiry about Moodie’s connection to Holland:

Exactly what she was doing during the first world war years would be something I probably don't know in great detail. I know she and her mother fled from Germany back to Brussels where, I had thought, they stayed for the duration of the war. I only have a very general idea of what they actually did during the war years or how they survived.  I have a copy of a scrapbook which contains copies of programs of (semi-private) concerts Moodie gave in Brussels during that time, but I have no evidence that she went anywhere else.  I know that in the 1920s she went to Holland on tour regularly[.]

So we do not know who was being mourned, who Frau Frauenberg the sender of the cover was, nor who Madam Ahrens was—the cover having been addressed to Moodie in care of her residence.  But thanks to Kay Dreyfus, we know quite a bit about the fascinating person to whom the mourning cover was sent. 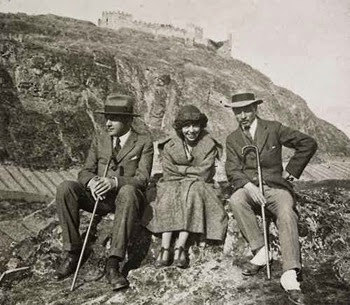 The esteemed conductor Werner Reinhart, Alma Moodie,
and the poet Rainer Maria Rilke, in the 1920s.

Easily overlooked by postal history collectors are the reduced rates for local delivery of postcards and letters that first began during the World War II occupation.

The so-called “ortstarif” rates took effect on October 1, 1940, when the Reich currency was implemented. These rates continued in francs and centimes after the occupation until October 1, 1945.


Here are three examples from the occupation period:

Add Ortstarif covers to your collection. They are a small but interesting part of Luxembourg’s postal history!
Posted by Arsdorf at 10:45 AM No comments:

Rate Turbulence in the 1920s

In the mid-1920s, postal rates worldwide were changing frequently as world economies moved closer to the Great Depression that hit in 1929. Consequently for the postal historian, this is a fascinating period in which to study the interaction of politics, economics, and postal charges. 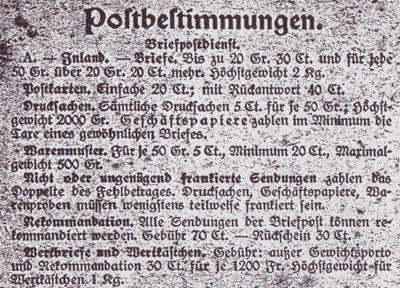 
Here is an example: 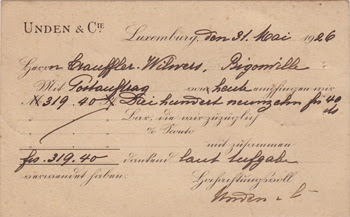 Here is the announcement from L’Memorial of 26 December 1925:

Danke, Dieter!
Posted by Arsdorf at 1:51 PM No comments: