5 pf. German Reply Card Returned from Luxembourg-Gare to Metz in 1907—Why was it Taxed? 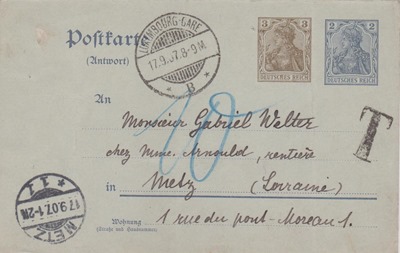 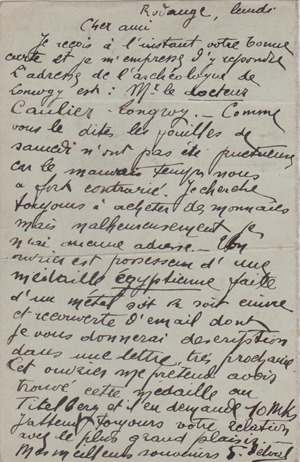 Luxembourg’s postal card rate to Germany was not increased to 10 centimes until 1 October 1907.  However, the German rate for foreign postal cards had already increased to 10 pf. on 1 July 1906, but I believe the 5pf rate to Luxembourg remained in effect for several years thereafter.  So, perhaps the Luxembourg postal clerk , not realizing that the card was the reply-part [Antwort) of a 5pf+5pf German message-reply card, mistakenly treated it as an ordinary German postal card improperly posted from Luxembourg. 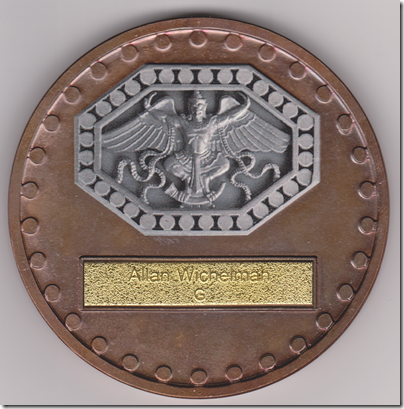 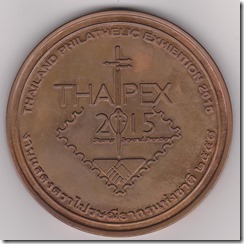 Posted by Arsdorf at 9:54 AM No comments: