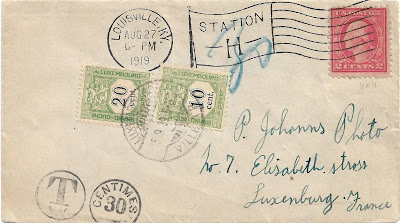 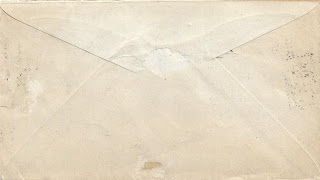 In the early 19th century, incoming mail incorrectly addressed to "Luxembourg, France," "Luxembourg, Belgium," and "Luxembourg, Germany" all seems to have been delivered.  But last week a letter I sent to a collector in Fentange (population ~1600) showing the street address but inadvertently omitting the street number was returned as "undeliverable."

Things sure have changed!

Other examples of similar incorrectly addressed mail are here and here.
Posted by Arsdorf at 10:47 AM No comments: