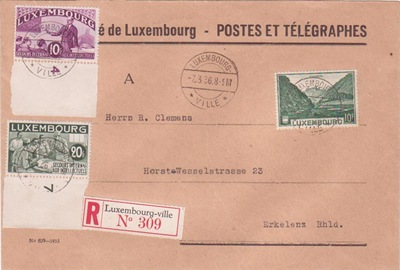 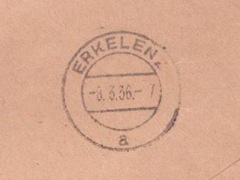 Here is a cover I acquired recently in an auction in New Zealand nicely franked with the three high-value denominations that appeared in 1935:  the 10F+(10F) and 20F+(20F) Intellectuals and the 10F View of Vianden pictorial.  Posted from the government's Postes et Télégraphes Office on March 7, 1936, to  Erkelenz, Germany (near Cologne) where it was received the next day, the stamps would overfrank a 20 g registered letter to Germany in 1936 by 27F.

This is obviously a collector-created (or collector-requested) cover, but it is satisfying nonetheless, as I have yet to find a 10F or 20F Intellectual on an insured money letter or a parcel coupon for shipment of a sack of potatoes.  Frankly, I doubt that either exists, but you never really know for sure.  Prifix 2007 values covers of the 10F and 20F at 1750 and 2500 Euros, respectively.

As I explain here, the 15-stamp Intellectuals set was primarily sold to collectors to raise money to assist refugees fleeing Nazi Germany.  Only 9,582 sets of these pricey semi-postals were issued.  They were sold for double face value and remained on sale for just one year.  And their postal validity was short-lived:  March 1, 1935 to December 31, 1936.  Scott refused to include them in their catalogs for many years, not relenting until their availability for postal use had been convincingly demonstrated.

The View of Vianden pictorial appeared on November 15, 1935, and was valid until the German occupation Hindenberg overprints appeared on October 1, 1940.  Prifix 2007 values this stamp on cover as worth only 65 Euros.  I would suggest that this figure is unjustifiably low.  If you have a couple covers franked with this stamp, you are fortunate!

In addition to preparing first day covers of the Intelletuals, Maury Swartz used all of the Intellectuals on a series of mailings in 1935 to a Rev. Chaplain Hensgen in Luxembourg-Grund (Rev. Hensgen probably was the prison chaplain at the national prison in Luxembourg-Grund).  Fred Wilmar, a collector in Moraga, California, was quite proud of these covers.   In the 1970s when he sold the covers in a Richard Wolffers auction, I was pleased to add them to my semi-postal collection.  Here are the 10F and 20F covers and the equally scarce (in my view) 10F Vianden: 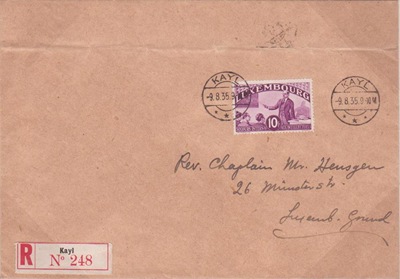 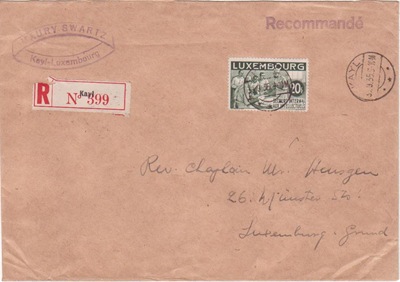 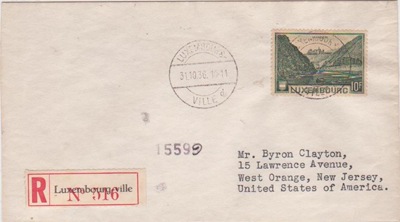 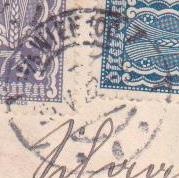 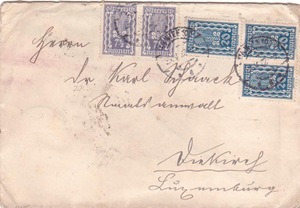 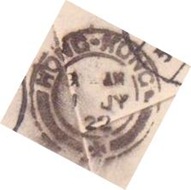 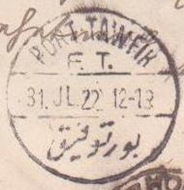 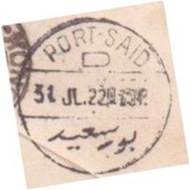 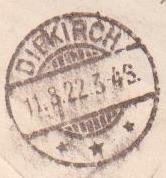 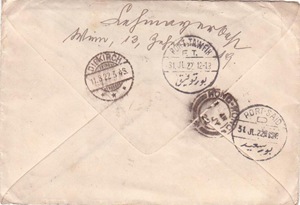 Perhaps the Vienna mail clerk had enjoyed excessive libations at lunch before routing this letter -- which is clearly addressed to Diekirch, Luxemburg -- to Hong Kong.

Posted by Arsdorf at 3:47 PM No comments:

Sole uses of the 5-centime 1907 postage due stamp

Sole uses of each of the seven denominations comprising the 1907 postage due issue are scarce.  How many do you have in your collection?  What possibilities do they show?

Until 1 October 1907, the country of origin marked the short-paid amount in gold centimes on the card or letter.  After that date, the UPU regulations specified that the mail item should be marked (still in gold centimes) with the amount to be collected (which was often, but not always, double the shortage).  But in Luxembourg, short-paid amounts less than five centimes seem always to have been rounded up to that amount.

Here's a look at four sole-use possibilities for the lowest denomination of Luxembourg's first postage due stamps -- the 5-centime. 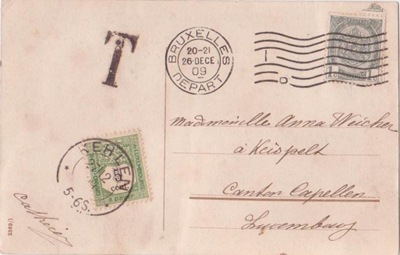 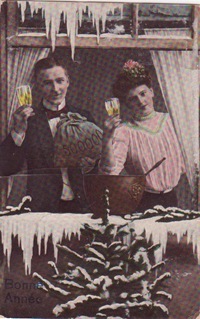 Picture postcards with five words or less of handwriting, such as the one seen here bringing wintry holiday cheer from Brussels, Belgium, could be sent at the 5-centime printed matter rate under the preferential postal treaty between Belgium and Luxembourg.  However, this postcard, posted December 26, 1909, was only franked with a Belgian one-centime definitive -- thus,  marked "T" (as deficient four centimes, but the deficiency is not indicated).

Sent to Keispelt [post: Kehlen], with the 4-centime deficiency paid the next day at Kehlen [T-32 cds] with a 5-centime postage due stamp.  The deficiency apparently was either not doubled or was rounded down from 8 centimes  to 5 centimes. 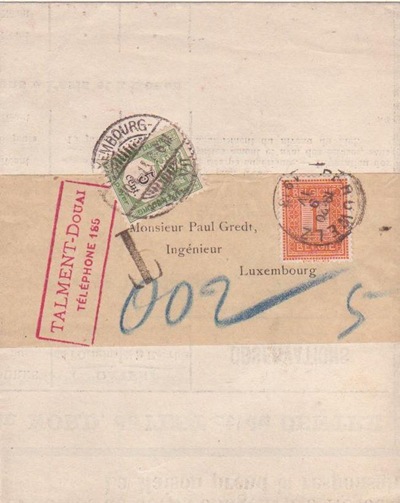 Under the preferential postal treaty between Belgium and Luxembourg, printed matter weighing up to 50 g could be sent under cross-band for two centimes.  Here, however, on April 9, 1913, the Peruwelz, Belgium sender posted the cross-banded printed matter franked with only a one-centime Belgian definitive -- thus,  marked "T" (as deficient one-centime).

From the blue crayon marks, we see that the postal clerk has doubled the one-centime deficiency ['002'], then apparently rounded it up to five centimes ['5'], that being essentially a default minimum charge, as no smaller denomination postage due stamp existed.  The 5-centime postage due stamp was canceled at Luxembourg-Ville on April 10, 1913. 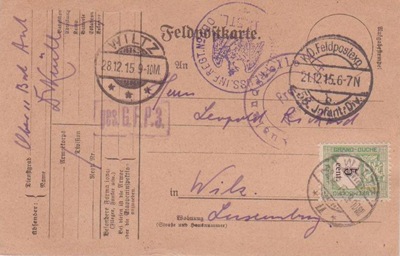 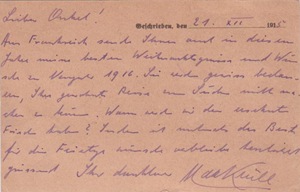 During the World War I occupation, German fieldpost was sent stampless with the recipient paying the applicable Luxembourg domestic postal rate.  Thus, fieldpost postcards were charged the actual domestic postcard rate of five centimes as postage due.

The example shown here was posted December 21, 1915, to Wiltz from the 56th Infantry Division, K. D. Feldpostexp.  Censored in Trier, it reached Wiltz on December 28, 1915 (Wiltz T-33 cds).  The five-centime postage due stamp is cancelled on the same day with the Wiltz II T-33 cds.

This I believe is the most common sole use of the first 5-centime postage due stamp. 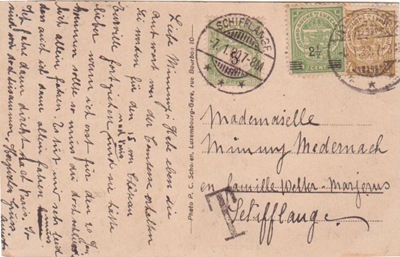 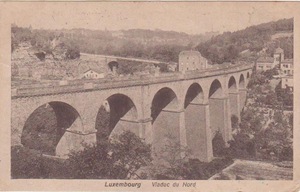 From July 1, 1918 to April 12, 1920, Luxembourg's domestic postcard rate was 7 1/2 centimes.  The picture postcard seen here from Dommeldange addressed to Schifflange was posted January 6, 1920, franked only with a 2 1/2-centime and 4-centime Arms definitive -- thus, marked "T" (as deficient one-centime, but the deficiency is not indicated).  The 5-centime postage due stamp postmarked at Schifflange, January 7, 1920, shows payment of the de facto five-centime minimum charge.

Posted by Arsdorf at 5:14 PM No comments: