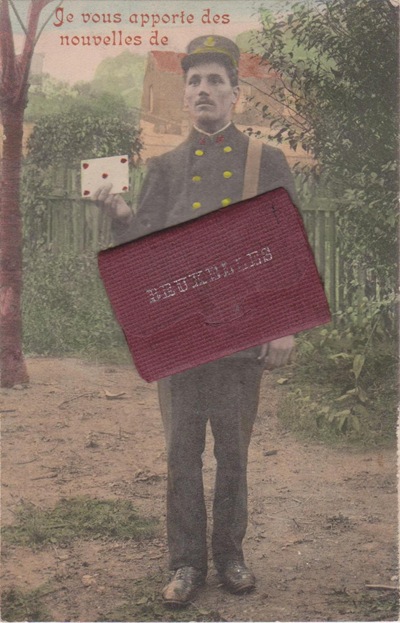 From the early 1900s, you’ll find postcards featuring a postman about to deliver a letter, such as the example above.  And often a “bag” would be attached to the card containing a strip of photos.

In this instance, the bag contains 10 photos of Brussels (above).  So should what is ostensibly a postcard pay the letter rate in view of the bag and its enclosure? 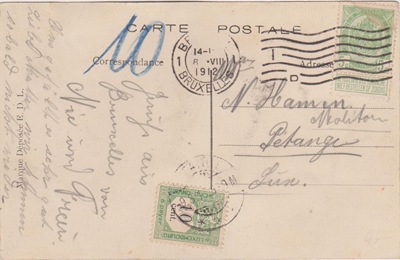 Apparently “yes,” as this card, which was sent at the 5-centime postcard rate, was taxed 10 centimes (that being double the 5-centime deficiency from the 10-centime letter rate then in effect).

That charge reminds me of the ever-increasing fees we pay at the airport for bags, extra bags, and the carbon emissions air travel produces!